This article from our print archive was originally published in 2000. Uneasy Spaces is about the landscape of security  about how public places are divided and marked to be shared or protected. Although the project is in part a catalog of public space and recognizable security measures, such as lighting and fencing, ultimately it is more concerned with an emotional register of territoriality, security and even fear as it is manifested in our urban environment.

The survey comprises 140 photographs made in New York City in 1997 and 1998 with a large-format camera. Two problems I faced in organizing the project were how to survey a city as large and varied as New York and how to approach a topic, urban security, that is as much about collective and individual psychology as it is about the built environment. I needed a structure for producing images that was also a mode of inquiry  an experiment that would further push my observations on the subject as well as my own sense of security.

I decided to approach the survey as a mapping project. Assuming that the will for security is a fundamental condition of urban existence, then every location can be viewed as a source of equally valuable information. I choose fifty locations according to a randomly drawn grid that was applied to bus maps from each of the citys five boroughs. I traveled to ten sites in each borough at two different times of year.

Rather than using photography to illustrate what I already knew about security, I was confronted with places that were not always recognizable as having been designed for security, or even as photographic subjects. At times this was itself an uneasy space that required me to expand my visual vocabulary, as well as to trust the process. In the end, just as I found many of New Yorks uneasy spaces to be its most compelling and also most dynamic, I was happily challenged by the uneasy relationship it forced within my work. Uneasy Spaces: Security and the Public Realm was made possible with a fellowship from the Design Trust for Public Space. The project is part of a larger initiative by the Design Trust to examine the problem of securing the citys parks and open spaces for the public without compromising their integrity as places belonging to the public.

This article was originally published in a print issue of Places Journal: Volume 13, Issue 1. The entire print archive (1983–2009) is available in PDF format. 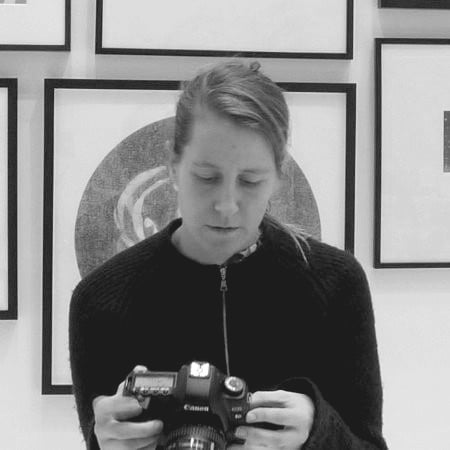 Elizabeth Felicella is an architectural photographer based in New York City.