The Essential Business of City Hall

In March 2020, as the COVID-19 pandemic forced shutdowns and stay-at-home orders across the United States, an article in The New York Times described couples rushing to City Hall in Manhattan to get married before the Marriages Bureau was closed to the public.1Steven Kurutz, “Getting Married at City Hall Was an Essential Service for Some,” New York Times2 (March 18, 2020). As the pandemic progressed, did your city hall close its doors? If you don’t know the answer to that question, this reveals a truth about municipal services in modern society: they don’t exist until we need them. Many of us rarely enter our local city hall unless we require a marriage license or death certificate, or until the government requires something from us, like payment on a permit application. Much of the time, city halls function like help desks for government bureaucracy. Yet sometimes they serve symbolic roles, such as when they are used as sites of protest.3Taylor Tiamoyo Harris, “Protestors Return to Occupy City Hall; Separate Protest Commemorates Those Killed By Police,” St. Louis Post Dispatch (July 18, 2020).

In our time of social distancing, municipal officials have had to think creatively about how city halls can remain accessible to the public. City council meetings are being conducted via Zoom and more city services have become available online. Yet these digital fixes are not accessible to everyone; moreover, they cannot replace what the physical presence of city hall represents in our communities and the value of in-person access to our representatives in local government.4Madeline Brown, Richard Ezike, and Alena Stern, “How Cities Are Leveraging Technology to Meet Residents’ Needs During a Pandemic,” Urban Institute, (June 9, 2020).

Today, the tiniest municipalities exist in the predominately African-American neighborhoods of North St. Louis County, where crossing a civic boundary is a matter of crossing a suburban street and city hall doesn’t necessarily embody the grandiose symbolism of civic architecture. In Velda City (population: 1,360), City Hall is located in a second-floor suite of a converted motel. In Beverly Hills (population: 554), it shares a building with the local pharmacy. In municipalities such as Hillsdale (population: 1,542) or Uplands Park (population: 424), City Hall is camouflaged within the suburban fabric as a converted single-family home, indistinguishable from neighboring residences except for a flagpole and a sign out front.82019 estimates, U.S. Census Bureau, City and Town Population Totals: 2010-2019. In these communities, there is power in having a city hall within walking distance, occupied by political leaders that understand local complaints.

The fragmented political structure of St. Louis County has been questioned many times.9See Jones, Fragmented by Design, 59. Most recently,  the challenge came in the form of a 2018 ballot initiative named “Better Together,” which proposed to reclassify municipalities as “municipal districts” and reunite the county with the city of St. Louis, forming a new metropolitan government for the region.10Jack Grone, “City, Meet County: St. Louis Weighs Historic Merger,” Bloomberg CityLab (January 30, 2019). Some of the loudest critics of the initiative were Black political leaders from tiny municipalities in North St. Louis County. These leaders acknowledged that the fragmented municipal system hampers the ability of Black communities to focus political power within the framework of county governance. They argued, however, that to dissolve established boundaries without carefully considering how those communities would be represented in the larger metropolitan government would be to diminish the voices of Black county residents.11Jack Grone, “City, Meet County: St. Louis Weighs Historic Merger.” According to Dellwood Mayor Reggie Jones, “people have worked for years to be heard.” A city-county merger would “have them give up their seats at the tables in the very municipalities where they have chosen to lead and live.”12Chris King, “Dellwood Mayor Reggie Jones Calls For John Gaskin III To Resign As County NAACP President,” The St. Louis American (April 18, 2019).

In Mayor Jones’s community, City Hall functions as a symbol of local identity and pride. Dellwood (population: 4,997) recently undertook a campaign of city beautification that included a complete interior and exterior renovation of their City Hall building.132019 Estimate, U. S. Census Bureau, City and Town Population Totals: 2010–2019. Their efforts were motivated by damage sustained when protests from neighboring Ferguson, in 2017, spilled over into Dellwood. Dellwood residents passed a $7 million bond that went towards repaving every street and putting up new signs, as well as refurbishing City Hall.14Nicholas Phillips, “The Tiny City of Dellwood Sustained Heavy Damage During the Ferguson Protests. Now, It’s Poised for a Rebirth,” St. Louis Magazine, June 24, 2019.

City halls exist in almost every city across America. They serve the same purpose in each place: they are portals through which we interact with local leaders and conduct our bureaucratic business with the government. The pandemic has revealed new ways of taking these portals online and, in some cases, made increased accessibility and participation in local government possible. However, online accessibility will never encompass the full function of city hall as a tangible representation of community pride, or object of local frustration, or setting for democratic protest. The tiny municipalities of St. Louis County show that city hall has power, no matter what package it comes in. 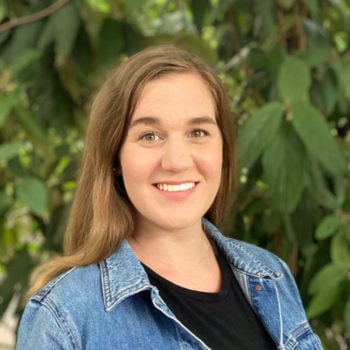 Anna Sellers Friedrich is pursuing a Master of Architecture and Master of Construction Management at the Sam Fox School of Design and Visual Arts at Washington University in St. Louis, where her work has been featured in the annual publication, Approach. Anna received a Bachelor of Science in Architecture from the University of Virginia, and has worked for a Denver-based architectural firm specializing in K-12 public school design. She continues to be interested in the design of public buildings and civic structures.