Earlier this year, Places published a series of rephotographs of Detroit by Dave Jordano, who in 2010 returned with his camera to sites he had documented as a student in the 1970s. “That these pairs of then-and-now images are by the same photographer,” I wrote, “implicates us in the changes they depict: this has happened — is still happening — in our lifetimes.” Jordano’s work anchors us in the present moment, counteracting the aestheticizing and mythologizing effects of much Detroit ruin photography.

Detroit looms large in our national consciousness in part because it so readily symbolizes larger changes in contemporary American society: the end of the nation’s industrial dominance, the failures of 20th-century urbanism, the inability (or unwillingness) of government to maintain vital infrastructure, the general sense that an era of prosperity peaked years ago and is quickly waning. And as Andrew Herscher argued last week, the city challenges us to rethink longstanding assumptions about the connections between urban viability and economic growth. In many ways, Detroit is both the ultimate case study of challenges facing American cities, as well as a laboratory for exploring innovative change. Yet those who search for the larger meaning of Detroit — taking the city as an emblem for big, generalized ideas — risk losing sight of the reality and the specificity of the place. As Jerry Herron wrote, in Places, “Maybe it’s not so much a question of what this all means; maybe it’s more a question of how to make meaning here, how to take responsibility for seeing this spectacular place in a way that doesn’t trivialize or misrepresent the lessons to be learned.”

Dave Jordano has taken this responsibility head on, photographing Detroit over the past several years for an extended body of work titled Detroit Unbroken Down. Jordano’s Detroit is adamantly not a symbol of something, not an abstraction. It is a place where people live. Focusing on particulars of the city’s places and people, Jordano’s photographs are not unduly optimistic — they are as unflinching in portraying the city’s decrepitude as any “ruin porn” — but they show the city in the present tense, alive, if struggling. The photographs assert that what really matters about Detroit is the fate of individuals. Each image is a slice of a specific story: people working against entropy to carve out a space for themselves, maintain a livelihood, hold together a sense of community. Whether Detroit still has the ability to let these individuals build something there is an open question, and that, it seems, is where the city’s failure or success should be judged.

For related content on Places, see our articles on Detroit. 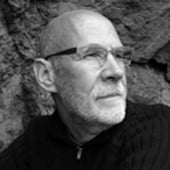 Dave Jordano is a Chicago-based photographer; he was born and raised in Detroit.