From its modest folk beginnings in the late 1890s (about 40 mph, on French courses) to the most recent attempts (over 760 mph, in the Black Rock Desert, NV, 1997), the chase for the land speed record has captured the public imagination. Unlike typical races, in which individuals compete against one another on a specific course, the land speed record has always remained a temporary condition — a performance often surpassed by the very same driver who had set the record earlier that same day. In this chase for time, the ultimate is an elusive (if not somewhat absurd) goal. Late 19th- and early 20th-century record-setting vehicles were simply the most sophisticated in the automotive field at the time — sporting competing technologies like electrical, steam-powered, or combustion engines, and piloted by the most technically competent drivers of the day; but by the mid 20th century such cars were proving insufficient, given the growing ambitions of a new generation of drivers and engineers. Beginning in the 1920s, new vehicles were being conceived specifically with the goal of breaking the land speed record, and quickly stopped looking like cars altogether. Borrowing from propulsion technologies developed in aviation and rocket design, and lacking steering ability and traditional brake systems, these high-performance vehicles often looked more like jet airplanes with their wings cropped off; and the land on which such powerful, hybrid vehicles would speed on rapidly became a rather conceptual proposition indeed.

With the desire for ever-greater speeds came the need for ever-better terrains to test these vehicles. It could be argued that underlying the quest for the land speed record is also a quest for a specific type of landscape — the vastest, flattest, longest, smoothest and most accessible terrain possible. This might suggest a generic notion of landscape; but starting in the 1930s, as land speeds approached 300 mph, the number of possible venues — natural or man-made — to race on would become fewer and fewer. With its perfectly flat elevation across distances so great that the curvature of the earth becomes visible to the naked eye, the salt flats of Bonneville in western Utah were one such remarkable venue, and in fact came to constitute a benchmark of sorts in speed racing, for more than three decades attracting the best drivers and their crews to compete there. Starting in 1935, when the British racecar driver Sir Malcolm Campbell set a record of 301 mph (in the Campbell-Railton Bluebird, with an internal combustion engine), and continuing until 1970, when the American Gary Gabelich set a record of 630 mph (in the rocket-powered Blue Flame), Bonneville saw the speed record being broken no less than 18 times.

The salt flats of Bonneville were essentially reinvented, from an inhospitable landscape much feared as early as the 1850s by westbound settlers crossing the American continent to California, into a racing site that was mapped and understood through ever-increasing measures of speed. I would argue that in this sense racing became a sort of idealization of the site and its resources, and that consequently the activities of racing and the events of record setting are in fact entirely connected to a greater sense of the landscape in both space and time. It was in recognizing the potential of the Bonneville flats as a natural surface to race on that a mutually beneficial relationship among technology and ambition and the landscape was forged — and with it a deep respect for the land. Through decades of racing on this site an exceptional record of human activity has been constructed.

Martin Hogue had a residency at the Center for Land Use Interpretation’s Wendover site in 2006. An exhibition drawn from his research, A Site Constructed: The Bonneville Salt Flats and the Land Speed Record, 1935–1970, was exhibited there in 2009. 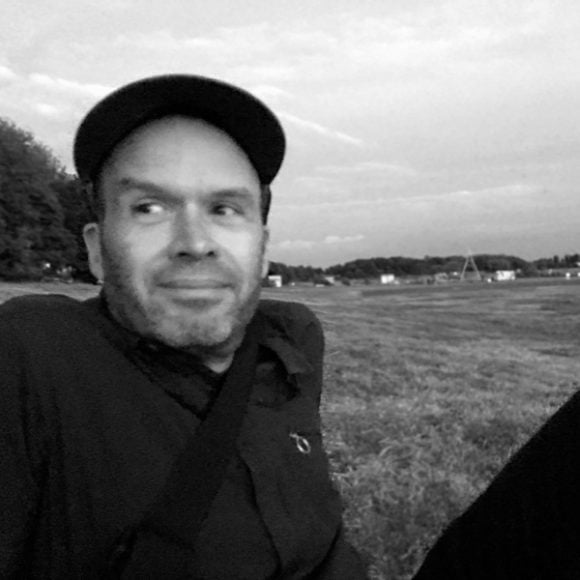 Martin Hogue teaches landscape architecture at Cornell University and is the author of Thirtyfour Campgrounds.