Big-city dwellers suffer their share of daily indignities: crowded streets, exorbitant prices, parades of slack-jawed tourists complaining about crowded streets and exorbitant prices. Not to mention the dirt, crime, dodgy politicians and constant rebuilding projects. These are the tests the mega-urbanite passes with a complacent shrug.

Until somebody messes with the subway map. Then it’s blood in the water.

Or maybe, in the case of Transport for London’s recent updating of its iconic tube diagram, blood in the not-water. Last month, TfL released a new version of the Underground map that boldly attempted to de-clutter the 75-year-old classic by wiping away, among other things, fare zones and the River Thames.

This last erasure set the Internet ablaze. London Mayor Boris Johnson, on a junket to New York, Tweeted his indignation and promised that Old Father Thames would be recalled from the great tube map in the sky. Columnists from the Daily Mail to The Guardian derided the change; the Minister for London called the Thames-lessness “extraordinary”; the BBC reported that TfL was holding “crisis talks.” In one day the story was picked up by more than 100 news outlets, according to Google’s news tracker. Five days after staff began posting the new map around the Underground, TfL announced that due to “overwhelming public reaction,” the Thames would once again flow through London. Thames vs. Tube: A Brief History

In the annals of poor stewardship, this was hardly a first offense. The tube map was originally designed by Henry C. Beck (better known as Harry), a signal-engineering draftsman who submitted his unsolicited proposal in 1931. London Transport, the recently created body running the Underground, initially rejected it. When it was finally issued, in January 1933, it bore the unusually cautious legend: “A new design for an old map. We should welcome your comments.” The new map proved so popular it had to be reprinted a month later.

As detailed in Ken Garland’s exhaustive history, Mr. Beck’s Underground Map, London Transport’s publicity department fiddled with the map in the ensuing decades, slowly lessening Beck’s control over his creation. Beck was rather obsessive about reworking the map; London Transport become equally obstinate about controlling a design for which they had paid Beck a small fee (most sources say five guineas, or slightly over five pounds) in 1933. In the early 1970s, London Transport removed his initials from the map, and only in this decade has a statement crediting him reappeared.

Beck was, in some sense, a victim of his map’s success. He created a template so sturdy that for decades it provided a consistent visual experience, even as the network it described grew from 9 lines to 14, added scores of stations and underwent constant alterations in service patterns. The map was transportable, too: flip through Mark Ovenden’s Transit Maps of the World, and you’ll see the dominant influence Beck has had on nearly every urban rail map.

In the über-fuss around last month’s map, no one seems to have pointed out that the Thames had first vanished in the years before Beck’s watershed design. A hallmark of the Beck diagram, color-coded lines over a blank white background, was introduced in a 1920 map by MacDonald Gill, who went so far as to omit all surface features, including the Thames. It remained unseen until Fred Stingemore’s version of 1926, which restored the river — but only the river. This wasn’t the only graphic convention Beck carried forward. Stingemore’s thin, solid lines, closed circles for stations, open circles for interchanges and block capital lettering for station names all continued to establish a house style for the Underground. What made Beck’s diagram so radical in appearance? First, an unrelenting geometry of lines running at either 90-degree or 45-degree angles. Second, a wholesale refashioning of London geography that enlarged and decongested the compact central part of the city while compressing the long branches stretching away from it. Previous maps had tried to solve the problem of the network’s suburban expansion by simply zooming in on central London, truncating the lines that ran off the map and adding text boxes to list the stations not shown.

Beck’s focus was on the connections between lines instead of the jumbled overlap of those lines in central London. The map represents the Underground as a complex yet integrated system, rather than as what it really is: an ungainly bundling of deep and shallow lines built at different times and in competitive pursuit of the same passengers. Beck’s diagram collected the whole network into a fascinating and beautiful graphic object.

The graphic technique of the tube map captures the speed and placelessness of train travel. Early railroad observers were struck by the new technology’s ability to shrink distances and “traverse with disdain” (as a Frenchman wrote in 1840) the spaces in between stations, leaving travelers untouched by the terrain they were passing through. The frictionless slip through tunnels identical in darkness is, if not a disdainful, then a fantastically ignorant traverse of the city above. So what better than a smooth, uniform line, unobtrusively marked along the way by ticks and circles, to express this new type of urban journey?

In pre-Underground London, traveling through the city meant thick traffic and dark streets, and most inhabitants knew little beyond their own neighborhood. The advent of the Underground meant fixed fares, navigable stations and predictable timetables spread across the broad metropolis. The tube diagram conveyed the degree of control the railway seemed to grant the traveler. Navigating the city was now as simple as following a line with one’s finger. 1 Outsiders usually take from the map the naïve conclusion that London is a single metropolis with an agreed-upon center (the “vacuum bottle” of the Circle Line) connected closely to its outlying suburbs. Londoners know their city for what it really is, and from what it grew, a collection of independent hamlets. Those who live outside, say, the East End will probably never have occasion to go to Stepney Green. But at least they know how to get there.

Beck’s map posits a city whose associations are limited and superficial but quickly assimilated. The tube diagram, like most diagrams, offers a tantalizingly powerful shortcut to comprehension. In the absence of other proposals for unraveling the complexity of urban life, the abstracted representation of a transportation system has shaped the collective understanding of the city.

As the world’s preeminent urban map, the tube diagram offers a structure for diverse spatial understandings. It is an armature of axes and nodes around which urban experience unfolds, literally, as Londoners flip constantly between the pages of their A-Z street maps to the tube map laminated on the back cover. For newcomers, the map is a self-contained visual object, like Big Ben or Tower Bridge, or the Underground’s 101-year-old roundel logo. It is London.

Tradition and the Thames

TfL’s designers were correct to recognize that the map’s clarity of purpose had over the years become sullied with layers of information — travel zones, nearby station distances, infrastructure projects, handicapped access, ferry and airport links and text boxes for limited audiences (e.g., the fare inconsistencies of Watford Junction). It was hard to discern the map’s austere brilliance under all that graphic flab.

But if the redesign was TfL’s attempt to restore the Beckian élan of 75 years ago, it failed, and not just in the court of public opinion. How does a map erase information useful to most riders — the fare zones, admittedly not beautiful but maddeningly necessary — and at the same time retain comparatively insignificant information, i.e., connections to ephemeral riverboats and the Croydon Tramlink? An update that removes the sole geographic element of a beloved map is nailing its radical colors to the mast. Do this and you’d better be going all the way back to square one, and with no tiny boat icons in sight.

I wonder if the real motivation behind the change was that the Thames was proving to be an annoyance. Not only does it have to be redrawn every time the lines touching it are shifted, it also reveals how ludicrously top-heavy the tube network is (for a view of a subversive alternate reality that flips the system from north to south, see here). The Thames is the This-Side-Up label of London. Still, it’s hard to imagine longtime Londoners suddenly forgetting which side of the river they live on because it’s no longer on the tube map, and I doubt that the Thames’ deletion was upsetting as an affront to geographical accuracy. The current map-cum-Thames is widely recognized for its topographical liberties. 2 So were Londoners, robbed of an inaccurate surface feature, just upset at change itself (“The British public profoundly dislikes meddling with traditional symbols,” a BBC editor huffed)? Or, like New Yorkers confronted with Massimo Vignelli’s subway map of the mid-1970s, were they simply tired of designers being too clever by half?

Let me suggest that the furor over the Thames arises from the Thames itself, and its place in the civic imagination. Throughout its long history, London has been focused inward upon its river, its raison d’etre, in good times and bad. The Thames saved Londoners in the Great Fire of 1666 and killed them during the cholera plagues of the 19th century. For the better part of 400 years, it was the main hub of an imperial trade network on which the sun famously never set, yet also critical to local transport, with 3,000 boatmen able to slip the bonds of street traffic and deliver passengers to landings all along the river. It fed the visions of Canaletto, Turner and Whistler. It is the site of the city’s most self-conscious constructions, from the Houses of Parliament to the not-quite-Millennial O2 dome, to the barrier gate protecting the city from tidal surges.

More prosaically, strolling the Thames remains central to the London experience, and traversing the river via one of its many bridges is an easy way to carve out some space and solace amidst the city’s thrum. Peter Ackroyd makes no overstatement when he writes, “The city itself owes its character and appearance to the Thames.” 3

It is the Underground and other railways that finally overcame the river’s dominance of local movement and commerce, but ironically, including the Thames on the tube map seems to have reinforced its role as a place-maker. In Janet Vertesi’s fascinating study of tube-map use, participants who were asked to draw London almost always included the Thames, even though they could not accurately plot its course. In the urban psyche, the river anchors London the way Central Park anchors Manhattan (nothing betrayed the Vignelli map’s radical intent as much as its compressing of the park into a square). Londoners may spend more time inside tube trains crossing under the Thames than admiring the view from its banks, but they need to know their river is still there. 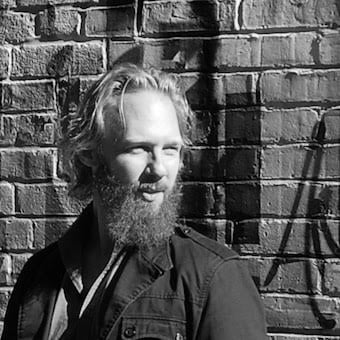