With the forcible evictions from sites in Oakland, Portland, Denver, New York and elsewhere in mid-November, and the violent suppression of campus protesters at UC Berkeley and UC Davis, the Occupy movement has entered a new phase in the United States, if not globally. We might even say that the inclusivity expressed in the slogan “We are the 99%” has met the antagonisms that are basic to finance capital. This was particularly evident as the movement expanded into colleges and universities, and campus officials reacted by violently curtailing political speech when that speech dared even to hint at interfering with business as usual.

In such instances, the Occupy movement’s direct actions have confronted the double binds around which finance capitalism is organized. These include the double status of the university, in the United States, as both a site of enlightened learning and a financialized and corporate institution. These two identities are ultimately irreconcilable, and the critical consciousness nurtured in universities must eventually attend to the contradictions that define its own domain. So too should architects and students of architecture interrogate the dominant premises of their education and of the field; especially since architecture is also caught in a double bind when, on the one hand, it celebrates enlightened culture and its appurtenances, like public space, while on the other it offers welcoming receptacles for capital to do its business, whether on campus or off.

A double bind is more than a simple contradiction that can be resolved by appealing to a higher logic. It is a no-win situation that, when left unacknowledged, is only resolvable through emotional or physical violence. It can only be cut or unwound. A classic double bind occurs when a child receives contradictory signals from his or her parents, or when a society overlays mutually exclusive messages one on top of the other. A prosaic example is located just a few blocks northeast of Zuccotti Park/Liberty Plaza: Frank Gehry’s ridiculously named New York by Gehry, a luxury apartment tower designed for aspirants to 1% status that sits triumphantly atop a gruff, pseudo-contextual brick-faced public elementary school. Platitudes about fitting into the streetscape notwithstanding, the insultingly banal architectural treatment of the school, contrasted with the glistening tower above, repudiates in plain sight the “win-win scenario” touted by the supposed fusion of private and public interests. So when in the early morning hours of November 15, 2011, hundreds of New York City police officers in riot gear physically removed the Occupy Wall Street protestors and their equipment from Liberty Plaza, they made visible another double bind: That what we call public space is not and cannot be truly public in the sense of universally available and accessible to all; and yet, that we have every right to expect it to be so. Which is to say the eviction revealed that what makes public space public is the very fact that it is contested. This holds for all spaces legally or conventionally defined as “public,” including the now well-known category of Privately Owned Public Spaces, or POPS, of which Zuccotti Park is an example.

That New York City Mayor Michael Bloomberg took full responsibility for the OWS eviction is particularly telling in this respect. Indicating that he was acting on behalf of the park’s owner, Brookfield Properties, and also on behalf of city residents whose health and well-being were threatened by the occupation — including, bizarrely, the occupiers themselves — Mayor Bloomberg underscored the patently false claim that the state can act on behalf of both public and private interests simultaneously when these are in obvious conflict.

This presumption of mutual interest also underlies the counterintuitive idea of a “privately owned public space,” and its close cousin, the oxymoronic “public-private partnership.” Both of these categories are derived from and serve the real estate markets. In the case of POPS, civic open space is provided by a property owner in exchange for increased development rights that potentially enable a higher return on investment. And while a public-private partnership typically involves a collaboration between municipal and private funding sources (whether as investment or philanthropy) in support of a civic amenity (such as a park), what is also crucially at stake are the associated profits for real estate investors.

The Bloomberg administration has made significant use of such public-private instruments in its campaign to rebrand New York as a nexus of culture and capital, a project begun by the mayor’s predecessor, Rudolph Giuliani. At that nexus are civic amenities like the architect-laden redevelopment of Ground Zero (adjacent to Liberty Plaza), the High Line, and Brooklyn Bridge Park — not to mention an underfunded public school system and an under-maintained public housing system that is constantly warding off privatization or demolition threats. In other words, the increased tax base generated by speculative real estate investment does not lead to economic or social equity; on the contrary, its proceeds are selectively reinvested in order to attract more capital.

Among many other things, OWS has thus revealed the doubly-bound character of “privately owned public spaces,” and by extension of “public-private partnerships.” Here OWS’s unnamed antagonist is the New York City Planning Commission, which has played a major role in converting public space in New York City into a fetish that obscures the actual privatization that has overtaken the city. To call this hypocritical is only mildly inaccurate, since that accusation implies an awareness of the duplicity. Such awareness may indeed exist, but it is not necessary for the knot to be tied. Architects and patrons of architecture — many indisputably well-intentioned — have also played prominent roles in this privatizing process. That they find themselves (perhaps contrary to their own political sympathies) on the other side of the barricades from the OWS protesters by virtue of their role in producing and reproducing the fetish of public space may be dismaying to them; but more often than not it is the truth.

What is to be done? The ethics of direct action that have guided OWS and the international Occupy movement represent one alternative. Activists continue to reclaim spaces and artifacts, such as foreclosed houses, on behalf of the common interest harbored in the term public. Architects and urban planners can help, with technical expertise and with knowledge of the economic and governmental structures that have inscribed housing and cities within the closed circles of capital accumulation. These circles are never complete, and the spaces they enclose are full of holes. The holes can be occupied — literally, physically — by bodies and practices at odds with the hegemonic world system, in transnational solidarity.

But it is equally important to recognize that all that I am describing here entails mediations that cannot simply be wished away. If money, credit and real estate are paradigmatic mediating instruments, then we might challenge their tendency to displace the actual human labor at their source into a technologized, abstract swirl of numbers, symbols and algorithms signified by the term “Wall Street”; this is especially important when we consider the brutally exploitative, international division of labor buried in these abstractions. The “people’s mic,” in which human voices rather than technological instruments amplify the voice of a speaker, has become an emblem of sorts for the direct democracy and direct action advocated and practiced as alternatives by OWS. Yet the people’s mic is also a mediating instrument in its own right, complete with protocols (“stacks” of speakers awaiting their turn, hand signals, etc.) that rival those of Twitter or other social media that have proved necessary if not sufficient conditions for the uprising as a whole.

At a very different scale, another mediating instrument implicitly contested by OWS is the state itself. The absence of consistent demands coming out of the Occupy movement is partly due to a principled refusal to reproduce the limitations of state-based politics, including top-down governance structures. Many critical accounts of corporate globalization have in any case cast the modern nation-state as a relic, an empty shell governed mainly by the interests of transnational capital. But, without contravening these accounts, it is entirely possible to understand the “right to the city” asserted by the occupation of Zuccotti Park as also a “right to the state” comparable to that asserted by national uprisings against authoritarian or colonial rule. That is, as a claim on the contested, common ground of public space as guaranteed by the state, even — or especially — as an obsolete form. Occupy Wall Street, Day 60, November 15, 2011, after the eviction of the protestors. [Photo by David Shankbone]

Among the ruins left behind by the eviction of bodies and the demolition of tents in lower Manhattan are the ruins of what the philosopher Hannah Arendt called the “space of public appearance.” Ever since the ancient Greeks, who served as Arendt’s model, the right to participate in this space has been conditional on the possession of personal wealth. One of the many contradictory functions of the modern state, addressed politically by unionized workers and by civil rights activists alike, has been to redistribute wealth — that is, to mediate the distribution of resources, services, and value. Any structural alternative must ultimately come to terms with this mediating function.

So to contest public space is also to contest — rather than simply to reject — the state as a redistributive technology despite its otherwise irretrievable corruption. This is a lesson taught throughout the modern period. The day after the revolution, the questions inevitably arise: What is to be done with agriculture? With industry? With energy? With transportation? With health care? With education? With housing? Answering these questions requires reinventing the mediating instruments that currently lie with the state as well as those that lie with the markets. It means building something new out of obsolete forms, or replacing them altogether. The history of architecture and of urbanism is riddled with flawed, contradictory, yet tangible answers to such day-after questions. I therefore re-pose them as a heuristic capable of guiding structural transformation: What will have been done, with agriculture, industry, energy, transportation, health care, education, and housing, the day after our world is changed?

For if there is one abiding historical certainty it is that, eventually, things change. And they can be made to change. There is no such thing, however, as a revolutionary architecture. Nor does history ever simply start from scratch. Instead, post-revolutionary questions can be posed in advance to infrastructures that already exist, all of which in one way or another currently reproduce the double binds of capital. So when we ask today what new system might follow the one to which we object, we can answer: Its own empty shell, made unrecognizable. Surely, then, architecture is capable of reactivating its capacity to pose and to answer such questions concretely, and in advance — to reinvent what used to be called housing, schools, hospitals, factories, and farms in a way that asks: What else must change for these changes to be possible?

“Occupy: The Day After” follows and expands upon a recent article on Places by Reinhold Martin, Occupy: What Architecture Can Do. See also The Interventionist’s Toolkit, Part 4, by Mimi Zeiger. 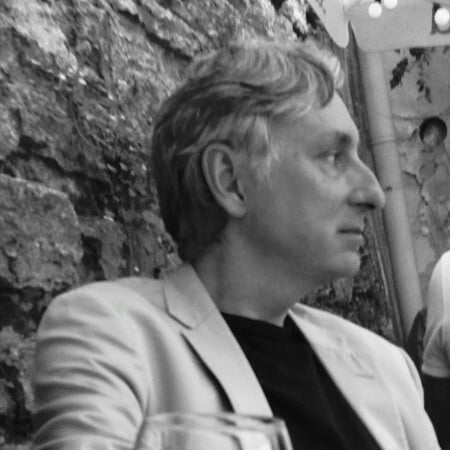