Dave Glass studied photojournalism at City College of San Francisco, in what he calls “a blue-collar photography program,” in 1969 and 1970. He grew up in the Western Addition, a central district encompassing the row of Victorians nicknamed the Painted Ladies, famed in tourist swag and stock-photo galleries; the district is home, as well, to the complex of shops and restaurants known as the Japan Center, and the storefront Church of St. John Coltrane (“a global spiritual community”). Glass’s family ran a mom-and-pop liquor store, and he spent his professional life as an appliance repairman, keeping his camera in the glovebox of his truck. Among his creative forebears he cites Robert Frank, Dorothea Lange, and Walker Evans, along with his City College teacher Morrie Camhi, and in the tradition of such street photography, his eye is drawn to signage, built facades, and other marks of habitation that give public space its character in a particular place and time. He’s also really into cars.

In this reading of the streetscape, cars and buildings help one another cope with material and economic (and aesthetic) circumstances.

The place, for Glass, is San Francisco, and the time is the funky, unselfconscious interregnum after the Summer of Love and before the first dotcom boom. This doesn’t mean that all his photographs were taken in the 1970s and ’80s; this selection includes more recent work too. Until the 1990s, Glass says, “San Francisco’s neighborhoods were like a shabby Victorian metropolis, with many remnants from the 1940s and ’50s still intact that I hoped to capture.” Things have changed, of course. Glass has retired, and now goes out on his bicycle to take pictures. For a while he worked digitally. Yet his later images show no interest in the blandishments of a city whose median home price in 2021 was $1.5 million. 1 The red van parked alone on a steep street in the Excelsior District (out by what used to be Candlestick Park), alongside a dreary beigey row of Marina-style houses, could have been photographed decades before its actual date of 2008 — and, Glass says, fourteen years later, the van is still there, with the chock still under its rear wheel to prevent a runaway. The van as photographed stands out on the city block but is not alienated from it, its dusty red just the right shade to contrast with the washed-out green of the adjacent house. An Italianate Victorian propped on makeshift piers in 1977 is being forcibly ejected from its Western Addition site. Again though, in the photograph, estrangement doesn’t take. The building nestles back against the house behind, which fuses into the deep perspective of the avenue. The white car perfectly framed by the precariously raised structure seems to anchor it.

Such relations between cars and buildings are central to Glass’s reading of the streetscape; these two forms of human container seem to be helping one another cope with material and economic (and aesthetic) circumstances. Now and then they merge, and a house is lifted up and driven away — as some Western Addition Victorians were in the late 1970s, when preservationists realized that urban-renewal programs were demolishing the city’s architectural heritage. At other times, they rhyme. The brick building on Valencia Street forlornly advertising GROCERIES WINES LIQUORS has a fading paint job and a broken window, as does the beater car pulled up beside it. Each of three grand, desolated houses on Page Street has a matching vehicle parked out front. In a photograph from the scruffy Bayview district, a boxy building with its mean, square windows seems reflected in the cardboard collected for recycling, piled high in the boxy, decrepit pickup. A single foot in a white sneaker makes contact with the pavement from inside the cab; the truck, we understand, is carrying a burden that rests on this person too. In the image of a group of San Franciscans hoping to see Presidential candidate Jesse Jackson, the apartment building establishes a shallow proscenium, emphasizing how some people are squeezed in civic space. Only through the posters on the car can we tell what these unjoyful, watchful citizens, and that stone-faced cop, are waiting for.

Glass says that his true photographic love is black-and-white film, shot with vintage cameras and developed at home. Yet in addition to his forays into digital color, he has experimented with video “just for fun.” In 2008, he recorded the Green Street Mortuary Band leading a procession through Chinatown. Joss-paper money flies from the hearse as it passes through the intersection at Jackson and Stockton Streets — propitiating spirits of the crossroads — and the brass-and-drum corps saturates the scene with mournful levity, like something from Fellini. The light changes. The cortège passes out of frame, and pedestrians stream across the street. PHOTO FOCUS says the shop sign on the corner. The ghost money blows around like any other litter. Dave Glass has been a freelance photographer for more than five decades. 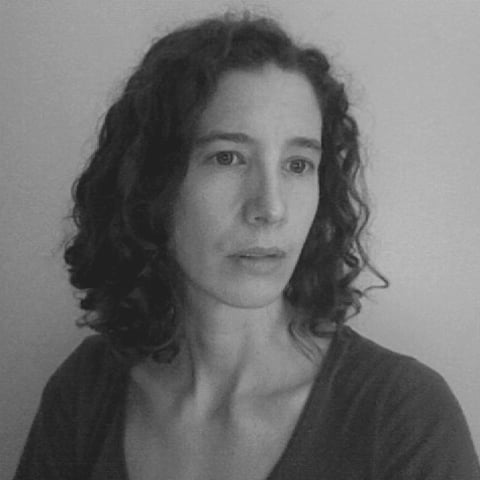